This article was first published by the Huffington Post on June 2, 2017.

Trump’s decision to quit the Paris climate accord, combined with a steady stream of executive actions to try and erase America’s climate programs, adds up to a full-scale retreat from America’s record of environmental leadership. Not only is that leadership good for America’s health and economy, but our businesses, workers, and innovators are essential to ensure the world makes progress towards solving climate change at the fastest possible pace.

Trump must not have the last word on whether America turns backward or leads forward on clean energy and climate. We must now resolve to overcome the reckless obstacles created by the White House and redouble our collective determination to accelerate a clean energy economy. Here are five reasons why America can’t afford to move backward.

China will eat our lunch, dinner and dessert. 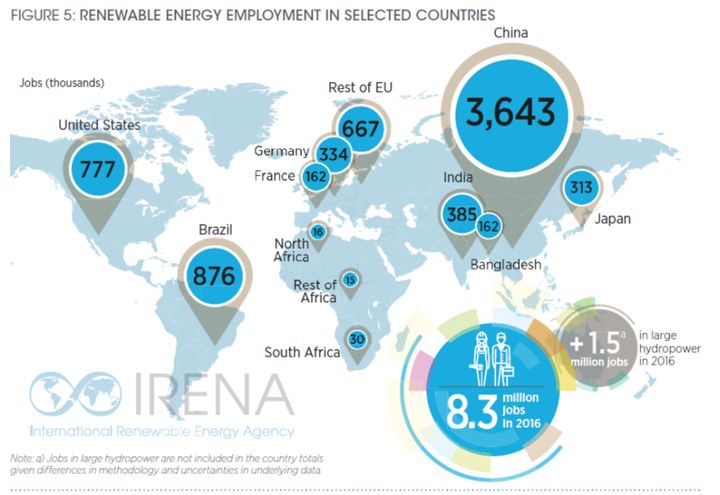 China is outpacing America on clean energy. With Trump turning his back on the world, China and the EU have already announced their intention to join together and lead, aiming to become the unrivaled clean energy trading partners of the developing world. Clean energy is creating jobs in America far faster than other sectors, but China has already grabbed 3.6 million of the world’s 8.3 million renewable energy jobs, according to a report by the International Renewable Energy Agency.

“Climate change is a significant threat to the health of the American people. The impacts of human-induced climate change are increasing nationwide. Rising greenhouse gas concentrations result in increases in temperature, changes in precipitation, increases in the frequency and intensity of some extreme weather events, and rising sea levels.” — U.S. Global Change Research Program

The following maps provide insight into just one example of the very real health impacts of climate change in America: Lyme disease. One of the most rapidly expanding insect-borne diseases in the country, Lyme disease is becoming more common and spreading in range as the planet warms and seasonal patterns change. The maps show how the range of Lyme-bearing ticks have “spread like wildfire,” expanding their range across large portions of the midwest and the east that weren’t infested as of 1996. 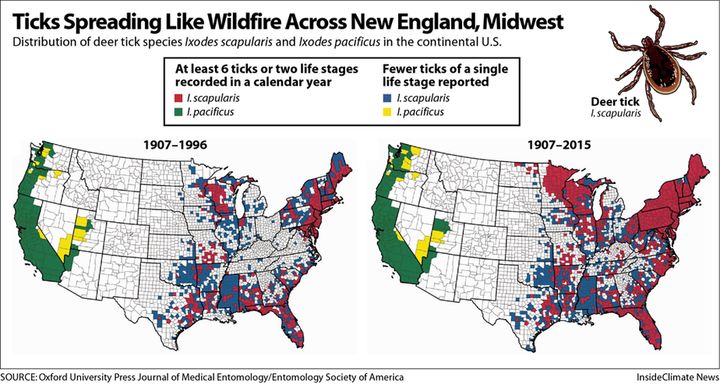 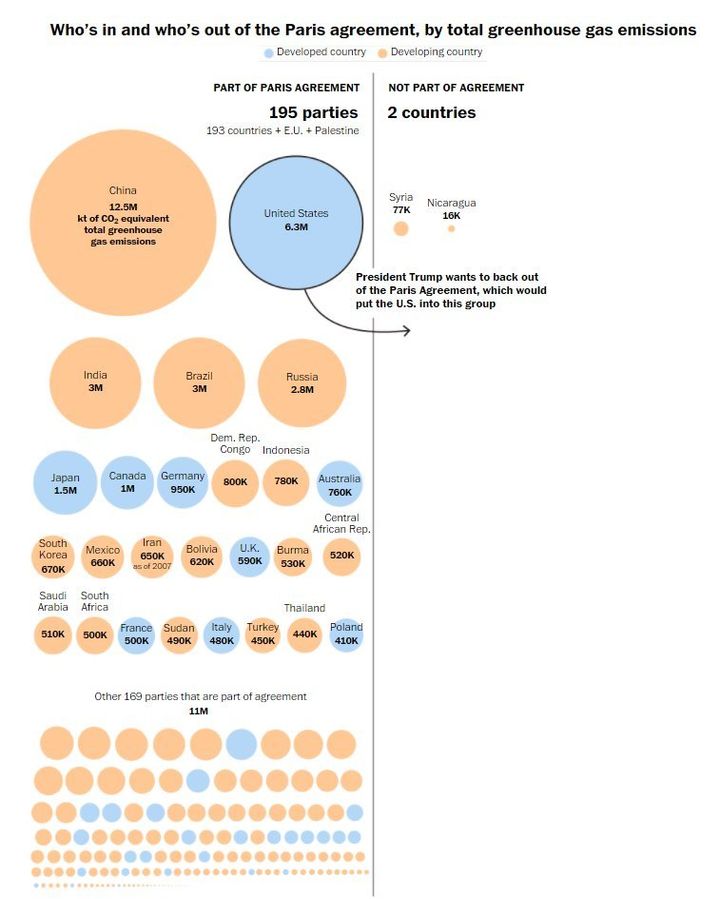 Today, the United States stands virtually alone — only Syria and Nicaragua have not signed Paris (Nicaragua wanted a stronger agreement), and no head of state beyond Trump has disavowed their nation’s commitment. The move represents a dramatic u-turn from the global goodwill and leadership earned by America’s diplomats from being a lead player in forging the Paris pact. George Schultz, Secretary of State under President Reagan, warned Trump about the fallout from quitting Paris:

Global statecraft relies on trust, reputation and credibility, which can be all too easily squandered. ... If America fails to honor a global agreement that it helped forge, the repercussions will undercut our diplomatic priorities across the globe, not to mention the country’s global standing and the market access of our firms.

America will lose clean energy jobs where they are badly needed.

Trump is treating clean energy like it is fake news, but the reality is that his climate agenda would leave behind many of the areas that most strongly supported him and his party. The wind energy sector, for example, is creating jobs fastest in rural areas. The top 10 congressional districts for producing wind energy are all in Republican-dominated red states, according to the American Wind Energy Association (AWEA). Michigan, which played a critical role in Trump’s victory, is “a wind manufacturing heavyweight,” employing workers in 26 factories building wind turbine parts and supplies. 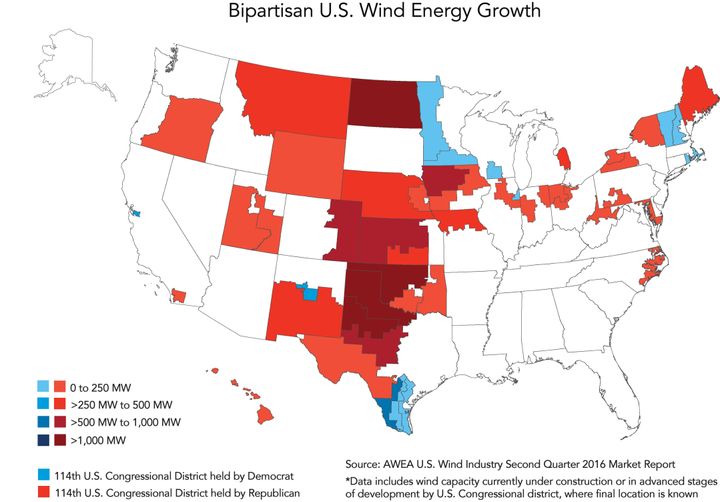 Leaving our kids and grandkids to fend for themselves.

The most distressing fact about Trump’s retreat from climate action is that it couldn’t come at a worse time. Because of the long-lasting impact of pollution we emit now, our kids and grandkids will be unable to reverse the damage we have done. We have economically powerful alternatives that we can deploy at a massive scale, but instead we are gambling with their futures, and science is telling us their odds are very bad unless we act.

Leaving Paris will not by itself slow America’s progress in reducing pollution — the real damage is from the comprehensive agenda to simultaneously roll back the programs and standards that help reduce pollution while prioritizing the dirtiest forms of energy ahead of renewable, clean sources.

At the end of the day, the mobilization to avoid runaway climate change is a measurable proposition, and the yardstick we need to pay attention to is the amount of pollution we are pumping into the atmosphere. As this final chart shows, America has led the way in recent years to reduce pollution (the solid line). But the extent to which we continue that hopeful trend, or instead reverse into an era of increasing pollution, will depend on all of us.

A data-driven look at state climate leadership and the cold, hard realities of climate math